The impact of the pandemic has affected everyone and it has been difficult playing some of our favorite games, Magic the Gathering in particular. A workaround for this setback is the use of online gaming platforms. The Spelltable, Untap, MTG Arena, and even applications that support video calling can be used to connect with friends without the risk of exposure. 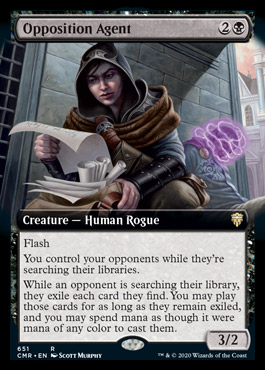 A few months back, MTG Commander Legends was released with amazing new cards and reprints. Then a new card called “Opposition Agent” caught the attention of many players. With this card, you control your opponents while they’re searching their libraries. You get to choose what card to look for from their deck then cast it if necessary. This ability to take control of what an opponent can tutor is bonkers.

A lot of commander decks will have some form of tutor and this is the perfect card to use against it. Due to its flash ability, you can wait for an opponent to play a tutor effect then cast “Opposition Agent” in response. As a bonus, you can look through the opponent’s deck while searching to identify any potential threats or counters. A player wanted to build a commander deck around this one creature because of its ability. 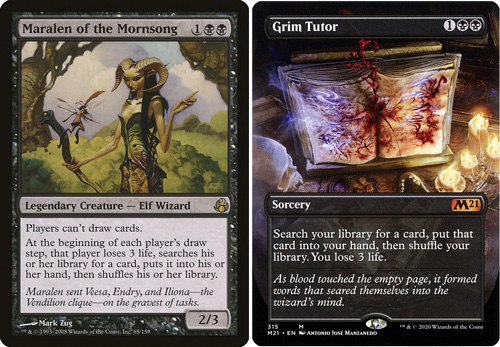 Maralen of the Mornsong was one of the favorite commanders to playback when Tiny Leaders came about. This commander replaces the draw step with a grim tutor effect. Most players will use this to their advantage and search for Opposition Agent. Once Maralen and Opposition Agent are in play, you can control what your opponents search for then exile the card during every draw step. You may cast those exiled cards when necessary but keep in mind that casting restrictions still apply.

The Best Offense is a Good Defense.

Setting up a good turn to play Maralen and keeping her safe on the battlefield is important.

Maralen can’t die to removal if there is no removal spell is available. Using Chain of Smog or Teferi’s Puzzle Box to force a discard or shuffle would be good. Lightning Greaves and Swiftfoot Boots are great protection options when Maralen is on the battlefield.

The interaction between Teferi’s Puzzle Box while Maralen is on the battlefield stops players from drawing any cards. Each player will end up putting their hands at the bottom of their library without having to draw anything to replace those cards.

You can also stack the triggers so that the player tutors first before Puzzle Box tucks that player’s hand and deny them the tutored card unless they cast it during the draw step.

You might have games, where giving your opponents time to tutor for an answer may be detrimental. Having spells to help us get the cards we need will help combat this situation.

Usually, we want to add card draw effects when building a commander deck but that would not be possible because of Maralen. Some card like Dark Confidant, also known as Bob, is a great way to add cards to your hand. The damage you receive from Dark Confidant will be minimal. The average mana cost of the deck is 1.84 including lands and 3.19 excluding lands. Dark Confidant puts the card you reveal to your hand and bypasses Maralen’s ability since you are not drawing a card.

Bolas Citadel is another card we can use to bypass Maralen’s ability since you can cast the card from the top of your library. If Maralen is still in the command zone, some cards like Vampiric Tutor can help us get the cards we need.

There will be games where we can’t protect Opposition Agent so alternate win conditions are added.

One combo in the deck is Bloodchief Ascension and Mindcrank When there are three or more counters on Bloodchief Ascension and a card is placed in an opponent’s graveyard, that opponent will lose 2 life. This will trigger Mindcrank and force the opponent to mill cards equal to the life lost. This loop will leave your opponent without a library or finish them off if their life total is low enough. Ob Nixilis, Unshackled and Maralen will make tutors hurt.

This MTG deck can be a lot of fun if you like griefing your opponents. Make sure to let your friends or playgroup know before playing as this type of playstyle is frowned upon in some tables.

Planeswalkers (1)
1 Liliana of the Dark Realms

Credits to Ian Portugalisa. Click here for the original article.

How to Access Diablo Immortal If You Live in Asia 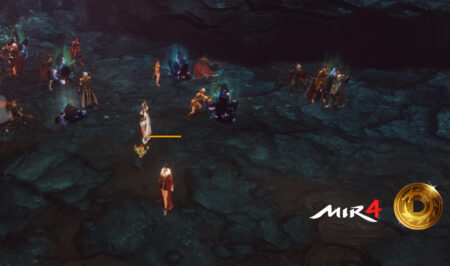 Mir4 Draco Coin Guide: How to smelt your Darksteel to Draco 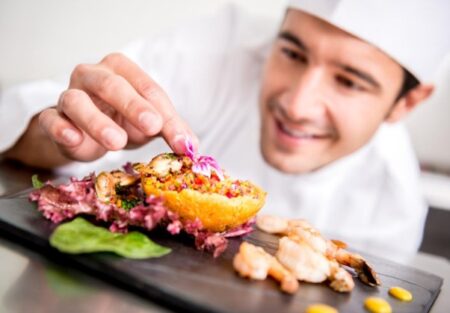 5 Must Have Branding Tools for Effective Restaurant Marketing

5 Must Have Branding Tools for Effective Restaurant Marketing

How UI/UX Design May Benefit Your Business?

How to Access Diablo Immortal If You Live in Asia